OKLAHOMA CITY (Jan. 27, 2020) – Katherine Burch spent 30 years addicted to drugs and half that time in prison. Since 2008, however, she has taken one big step after another to reclaim her life. She calls it “cleaning up the wreckage of my past.”

Her latest accomplishment is becoming a college graduate at age 57. Burch earned an associate degree in addiction counseling from Oklahoma State University-Oklahoma City in December.

“I’m exhilarated. I’m so amazed,” said Burch, whose journey at Oklahoma State University-Oklahoma City (OSU-OKC) has given her the tools to help others and to help her own family.

Multiple arrests for drug possession ended with Burch’s fourth felony conviction in 2008. She was sent to Mabel Bassett Correctional Center to be held in maximum security. That’s when the transformation began.

“I told myself, ‘I’m coming out of this place with something I didn’t have when I came in,’” Burch said. “I took advantage of everything offered.”

She went to leadership programs and Bible studies. She took online college courses and two courses offered at the prison’s Skills Center — computer fundamentals and transportation, distribution and logistics.

Electro Enterprises Inc. in Oklahoma City hired her for a warehouse position when she was released from Mabel Bassett. After working a few years, she was ready to take the next step and enrolled at OSU-OKC.

“There’s no way I should be here or even in my right mind, but God said different,” Burch said.

“Education enhances your quality of life and gives a different perspective on how life is lived,” she said. “I have options. What a revelation.” 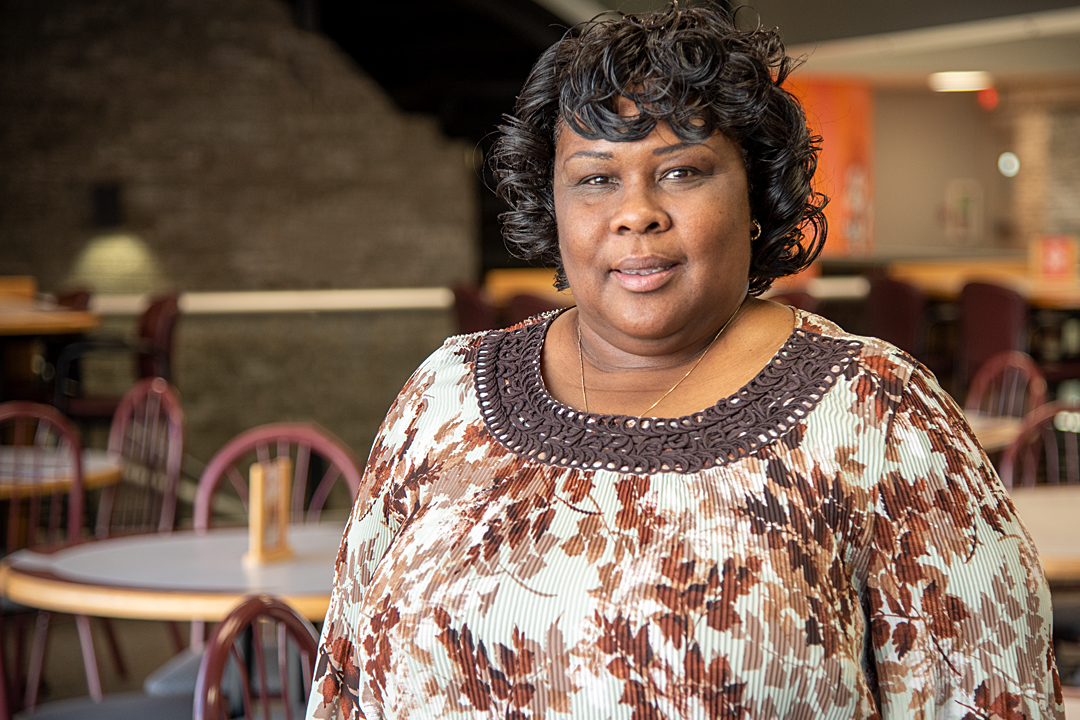 Burch praised her professors who shared their “wealth of knowledge that was very impactful.”

It had been 30 years since she was a student, and most of her classmates were much younger.

“It was intimidating when I first started,” Burch said. “Today I have no fear. I just have confidence.”

Her goal is to earn her master’s degree and be a counselor.

“She’ll do an amazing job,” said Joey Fronheiser, OSU-OKC vice president of academic affairs and one of Burch’s professors. “She has such empathy and insight. She really accepts people and has such a warm heart.”

“We’re lucky as a school that she came to us,” he said, “and I feel blessed as a faculty member to be part of her journey.”

During 2019, Burch celebrated 11 years of sobriety and eight years of employment at Electro Enterprises Inc., where she is a manager who has worked in several departments.

Outside of work, she visits people in prisons and addiction treatment centers to share her story and encourage them to make the choice to turn their lives around. And she works to build healthy relationships with her five adult children, who all were taken from her because of her addiction.

Burch reconnected with all of them – now ages 31 to 39 – and let them know she intends never to be separated from them again.

“I’m not in a hurry, not rushing. I allow them to work through it at their own pace. They went through a lot,” Burch said.

She went through her own trauma as a child, including physical and emotional abuse. Through the OSU-OKC counseling program she learned about adverse childhood experiences (ACEs) and how they impact children and the adults they become.

“I knew nothing about that, but that’s me. That’s what happened to me and to my children,” Burch said. She is using that knowledge to help rebuild her family.

“Today I have the confidence that I could do anything that’s placed before me,” Burch said. “It was a long road getting here, but I made it and there is no stopping me. There’s another chapter about to begin.”