Nestor is juggling his role as SGA president along with being a full-time student, serving as an intern at a construction company and helping out at home. He is now pursuing a degree in general engineering with plans of studying mechanical engineering at the University of Central Oklahoma after graduating from OSU-OKC.

His passions include designing things and seeing them through from start to finish. He is currently working with a partner on patenting an invention they created while in high school.

“I love robotics and would like to start my own company one day,” Nestor says. “But I also would love to teach. My middle school STEM teacher taught me so much. I’d love to teach and change a kid’s life.” 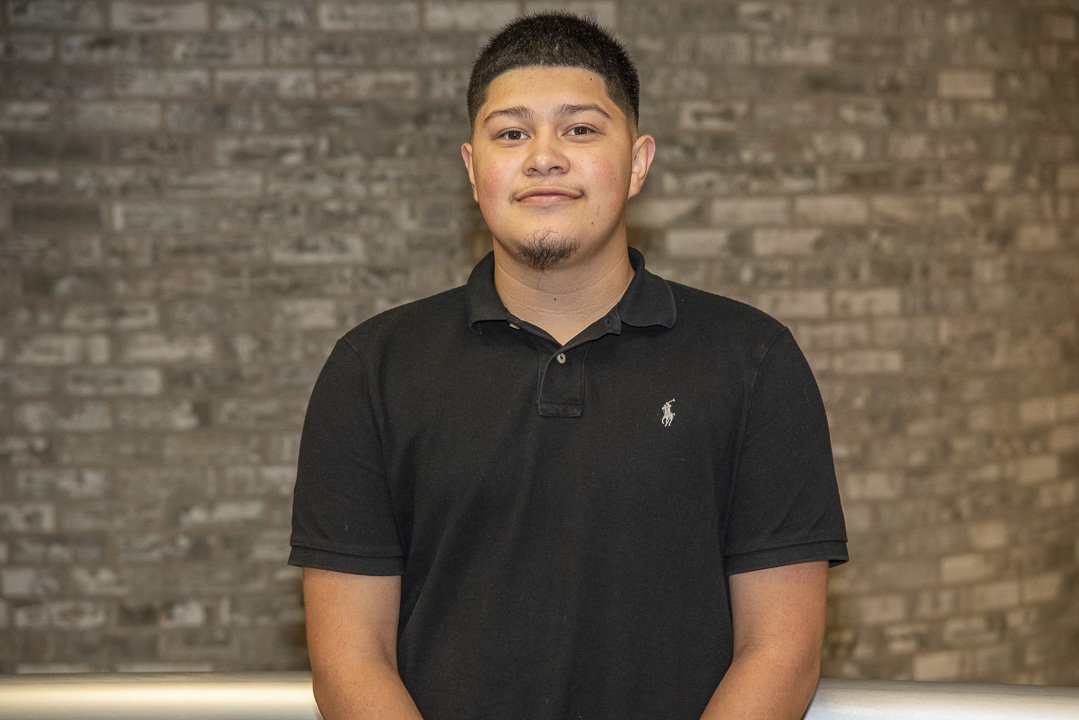 Nestor was born in Durango, Mexico, and came to Oklahoma when he was 1. Being undocumented makes it hard for him to apply for scholarships. While he was in high school at ASTEC Charter School, he had plans of going straight into the workforce after graduating. A counselor let him know about the President’s Leadership Class scholarship at OSU-OKC. He applied and the rest is history.

In addition to his involvement with SGA, Nestor has also been an active member of the Athletic Sports Association (ASA) and the Hispanic Student Association. Some of his favorite campus memories so far have included a grueling indoor soccer season alongside his ASA teammates.

Outside of campus, Nestor is an avid Harry Potter fan and has a love for turtles. For the record, he chooses Gryffindor over Slytherin any day despite his interest in reptiles.